By Joanna D. Sabado and Claire B. Osoteo

SAN FERNANDO CITY (PIA) — A total of 1,312 farmers in La Union now own the land they till after the Department of Agrarian Reform (DAR) distributed Certificates of Land Ownership Awards (CLOA).

DAR Secretary John Castriciones led the awarding of 730 CLOA in a turn-over ceremony attended by nearly 2,000 farmers on Feb. 27 at a state university here.

The distributed lands cover more than 757 hectares in the 11 local government units in the province wherein most of which are located in San Fernando City.

Addressing the farmers as “the true heroes of the society”, Castriciones challenged them to help themselves, so they can help uplift their lives and their families. 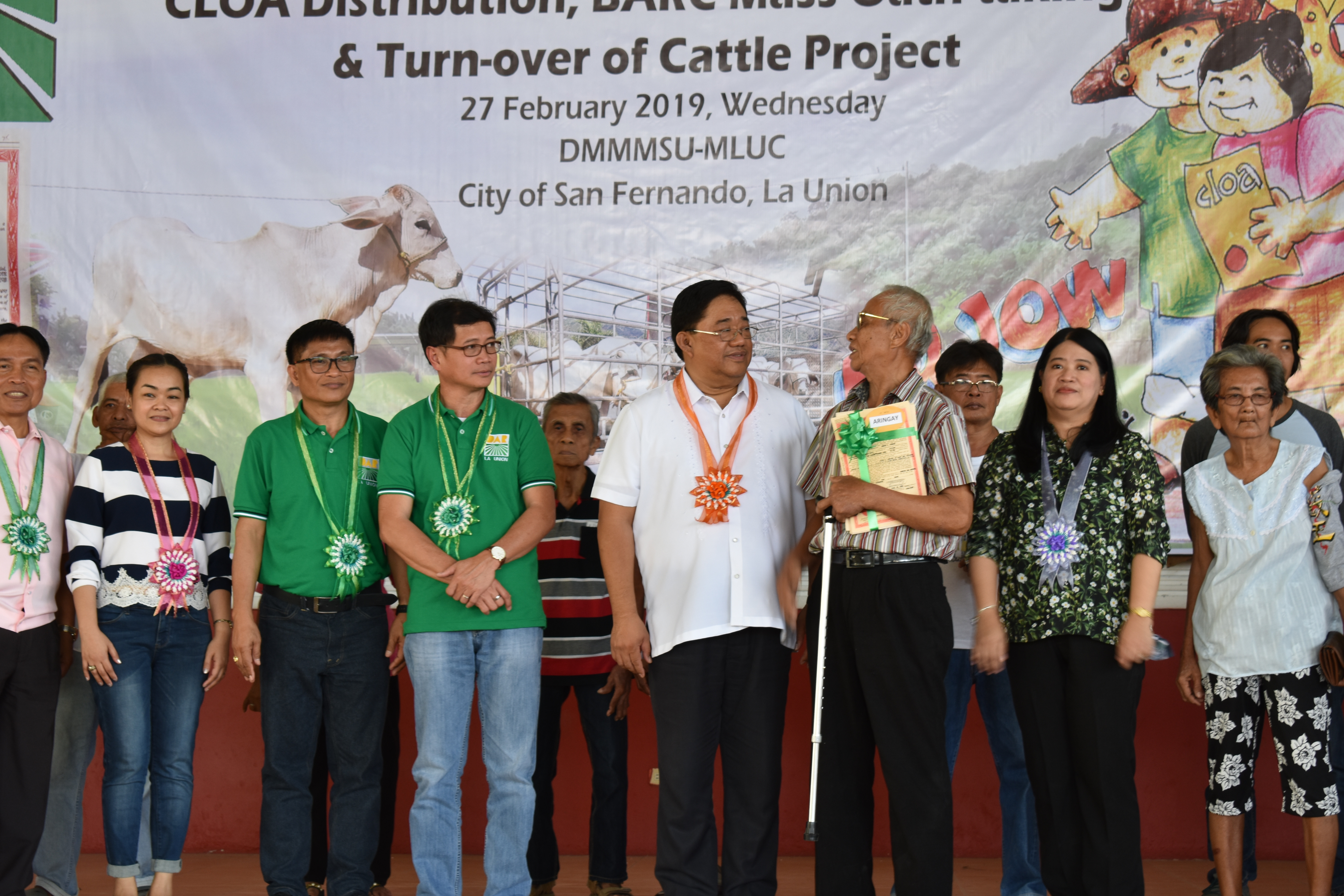 “After we have distributed the land, we help empower our farmer beneficiaries by providing them support services to increase their production and household income,” he said.

Among the support services the DAR provides include farm machineries, post-harvest facilities, farm-to-market roads, and trainings on entrepreneurship.

He likewise mentioned of the Accessible and Sustainable Lending Program for Small Farmers, in partnership with Landbank, which provides credit at a reasonable interest rate of six percent per annum.

“We have long waited for this and now the CLOA are with us. Our eagerness to till and improve our lands are levelled-up,” Melvin Gacayan, village chief of Pao Sur in San Fernando City and one of the beneficiaries, said in local dialect.

Further, officers of Barangay Agrarian Reform Communities in 576 villages were sworn into office by the secretary as part of the event.

In a recently signed order by President Rodrigo Roa Duterte, government-owned lands suitable for agriculture must be identified for distribution to qualified farmer beneficiaries.

The secretary announced that around 600,000 hectares of land nationwide will still be distributed to landless farmers. (JNPD/JDS/COB-intern/PIA-1, La Union)