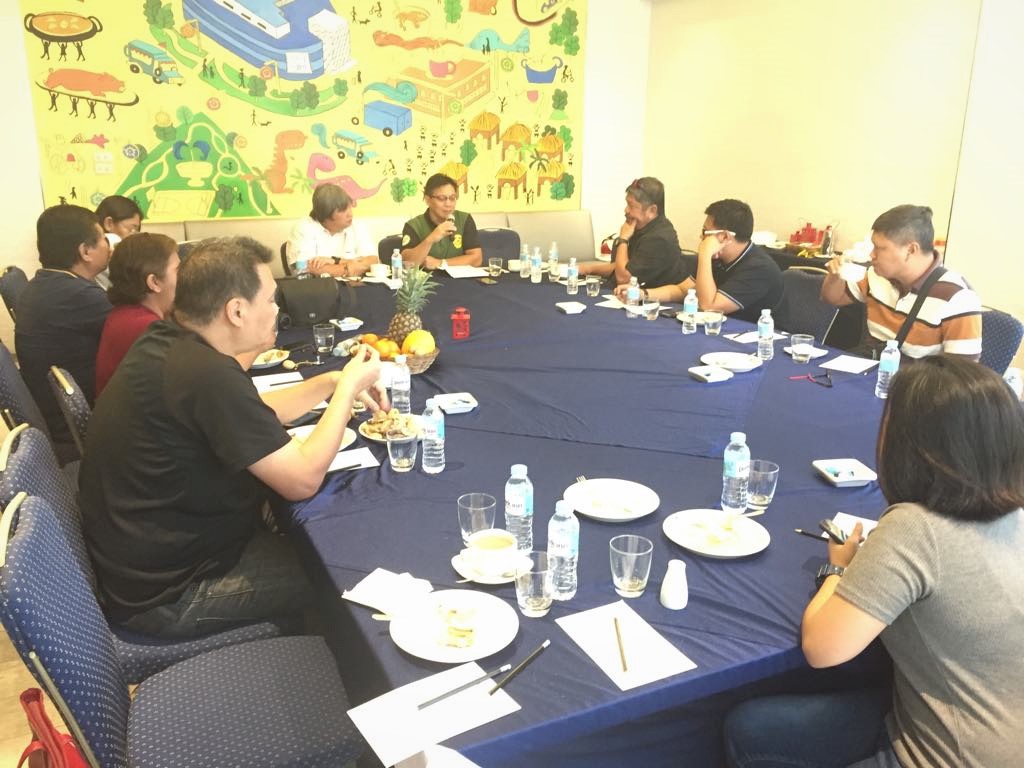 Philippine Drug Enforcement Agency Regional Director Gil Pabilona talks about the “harsher” strategies they will employ against illegal drugs to cleanse 827 drug-affected barangays in the region in 2019 during the News@Hues Press Conference of the Pampanga Press Club. (Marie Joy L. Simpao/PIA 3)

“Our marching order is to rid 2,439 barangays of illegal drugs and its related activities until 2022, and we will start with 827 barangays this 2019,” PDEA Regional Director Gil Pabilona said.

To meet this target, PDEA will employ harsher campaign against illegal drugs.

“Since this is considered a national security threat, more government resources will now be used for the campaign. Instead of limited resources from PDEA and Philippine National Police (PNP), the Armed Forces of the Philippines (AFP), as well as other government agencies may also be tapped for various initiatives,” he said.

At the regional level, Pabilona said they will seek the help of local chief executives and barangay captains by furnishing them with the list of wanted personalities so they can conduct monitoring and arrests at their respective areas.

The director added that they will coordinate with Department of the Interior and Local Government (DILG) to monitor the functionality of Anti-Drug Abuse Councils (ADACs) and see to it that they conduct regular meetings, submit watchlist reports, and have rehabilitation programs.

These ADACs, he said, will also help the villages meet 14 parameters for a drug-cleared barangay including the absence of drug pushers, users and dens; and presence of community-based programs.

“We are also tasked to focus our operations in seaports, airports and shorelines,” Pabilona added.

Another proposed program of PDEA is the establishment of rehabilitation centers to cater to minors involved in illegal drug trade.

Joint operatives of PDEA and PNP were also able to apprehend approximately 200,000 drug personalities in Central Luzon in 2018. (CLJD/MJLS-PIA 3)