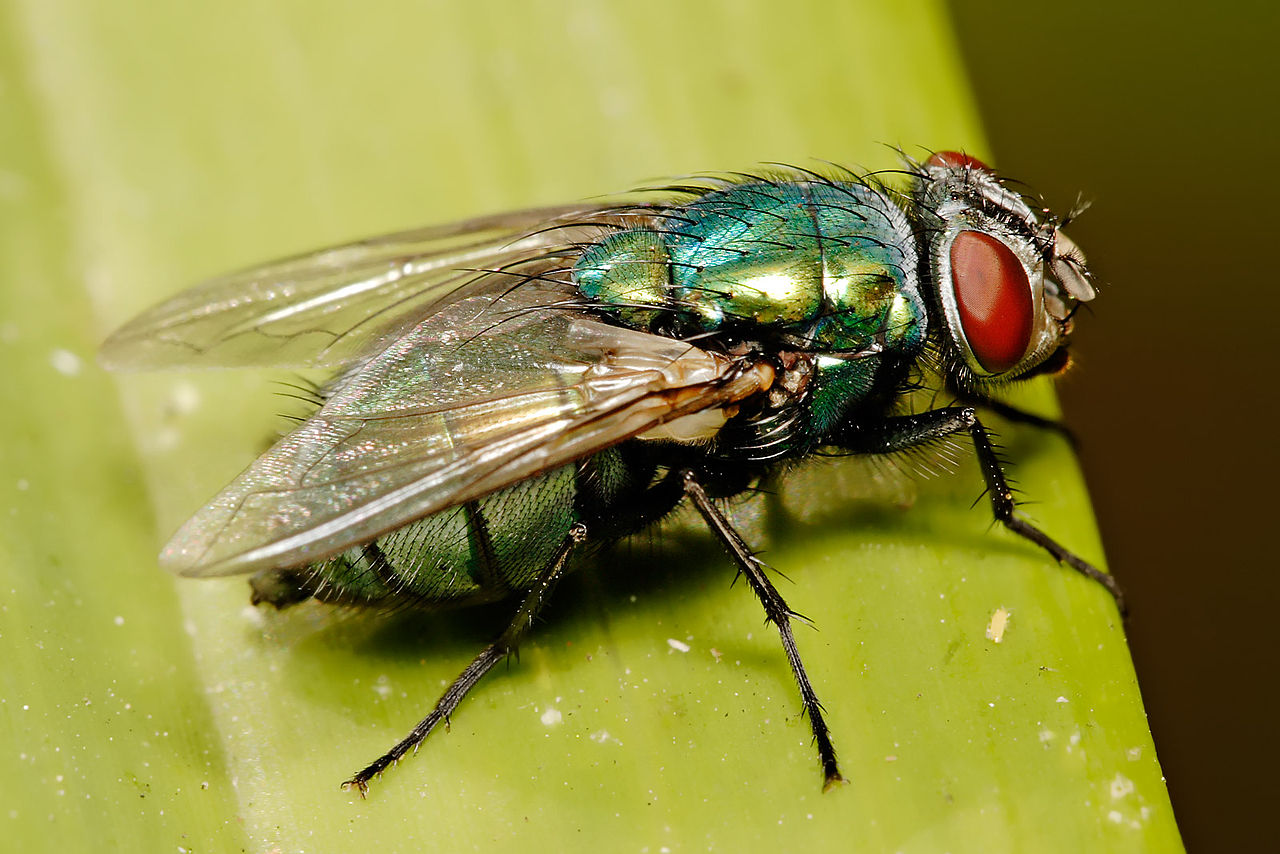 In a landmark feat, experts from the University of the Philippines Diliman have established baseline data on the country’s blow fly population. With key information on their distribution, identity, and growth rates, local forensic investigators would be aided in setting accurate crime scenarios from the onset of decay of a victim’s body.

Commonly, the blow fly (Chrysomya megacephala) or bangaw in Filipino, is considered a pest that brings dirt on surfaces it lands on. But in the world of research in the Philippines, the abhorred bangaw can actually bring clues in crime scenarios, making it a flagship species for forensic entomology.

This is because the bangaw is known to be the first insect to arrive and infest corpses on the onset of decay, thus helping investigators determine the time of death, depending on the insect’s larvae found in the body.

The species has a wide geographical distribution and reproduces fast, making it very useful in forensic cases.

Further, since the larva moves away from the decomposing body to find a safe place to metamorphose into a pupa, this will give a hint on the time that elapsed since a person died.

Such importance of the bangaw in forensic entomology made the insect a popular subject for study.

One such study that focused on bangaw is “Forensic Entomology in the Philippines: Establishing Baseline Data on the Forensically Important Blow Fly Species Chrysomya megacephala (Fabricius, 1794)” by researchers from the University of the Philippines Diliman.

This is the first study that established baseline data for C. megacephala on its known distribution ranges in the Philippines, molecular identification, and developmental rates at semi-controlled conditions of its larval forms.

The study found that bangaw which feasts on decaying matter is present in all major localities nationwide based on the study’s collected samples. Areas where samples were collected include Camarines Norte, Isabela, Laguna, Marinduque, Quezon City and Zambalesin Luzon; Iloilo in Visayas; and Davao del Sur, General Santos City, South Cotabato,Tawi-tawi, and Zamboanga in Mindanao.

Professor Ronniel Pedales, one of the researchers, has attributed the blow fly’s widespread presence to its inherent invasiveness and ability to coexist with human communities.

“C. megacephala is characteristically cosmopolitan in the Philippines because it is a native species and is synanthropic—it prefers habitats with human settlements and take advantage of the food availability,” he said. “With its current distribution in the Philippines and its ability to withstand competitive species, it is not surprising that this species is found everywhere—from marketplaces to the comfort of our homes.”

The species is so ecologically successful that it managed to gain foothold outside its native region. “It is very interesting to note that this species is known to only occur in Southeast Asia up until about 50 years ago. Now, the species has reached continental United States among many others,” he adds.

The researchers stressed the importance of properly establishing the identity of C. megacephala in order to clearly differentiate it from countless fly species found worldwide. For this, a gene fragment—after being taken from maggot and adult tissues—was replicated for sequencing.

The fragment produced more or less similar DNA barcodes as it yielded a 99.8–100% match with the international standard, which actually makes it more useful for forensic analysis involving very distant sites.

“The reported variability shown here separates populations that are hundreds of kilometers apart. However, this shows that there is an existing genetic variability among populations and most probably this could be explored through using more variable genes,” Prof. Pedales explains.

Moreover, the study was also able to estimate the age of the C. megacephala pupa based its color. This finding is important in approximating the time when a person died. According to Pedales, once the blow fly species is identified, they can use the information to estimate the growth rate of the maggot and the time of death of a corpse.

The researchers acknowledge the need for a number of factors to be modified and included in the study. For improved accuracy of growth curves, these include the effect of initial egg/maggot count—in conjunction with humidity and temperature—on competition among hatchlings. Thankfully, these challenges present an opportunity for Filipino forensic experts to explore and use even more advanced DNA techniques.

The Philippine National Police is yet to adapt and implement guidelines and protocols in forensic entomology, particularly in establishing local databases. The agency, Prof. Pedales laments, is still left behind in insect evidence-based investigations.

“Forensic science as a discipline is very much ignored—for the lack of a more appropriate term—in the Philippines. There has been a plethora of published work made by local scientists but support and implementation from the government is lacking, if not non-existent.”

In spite of all the present challenges, he remains very much positive with the possible implications of this study. “I am hoping that this study will make current students realize that the forensic entomology they see in the TV shows is real and that they could do it themselves! I would like to see many more studies on forensic entomology and the diptera in the future.”