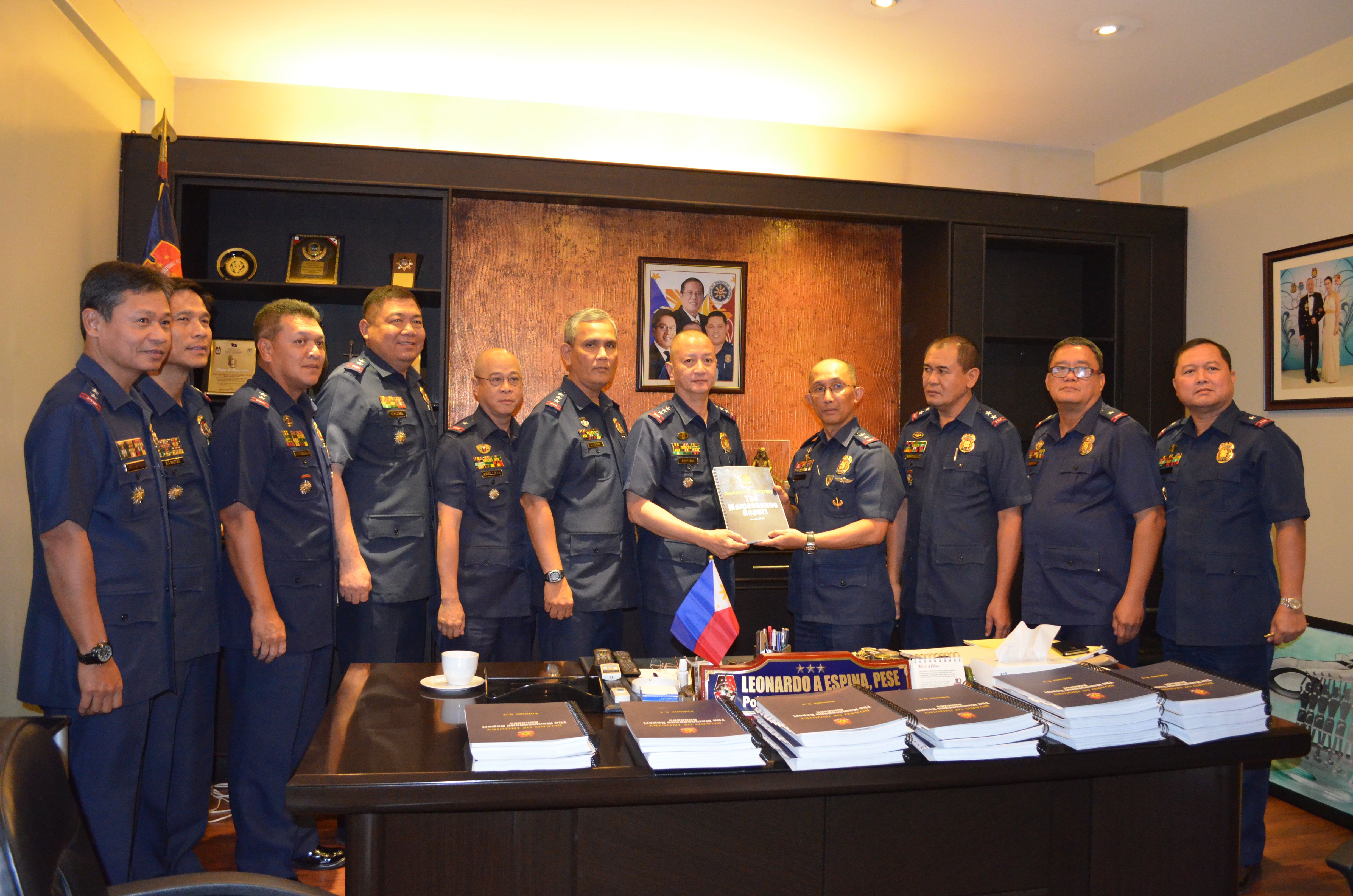 March 8, 2015- “We are confident that we were able to seek out the truth,” said Police Director Benjamin Magalong, former chief of the PNP Criminal Investigation and Detection Group (CIDG) and chairman of the PNP Board of Inquiry when he and the members of the board submitted their report on Mamasapano incident to PNP Officer-in-Charge Deputy Director-General Leonardo Espina.

JANUARY 25, 2015- A grim day that marks one of the most significant tragedies in the history of Philippine Security Forces, the country was awakened by the news that members of the Philippine National Police’s elite Special Action Forces were engaged in a battle in a police operation codenamed Oplan Exodus in Mamasapano, Maguindanao. Hours of anxious waiting for updates, parents and relatives prayed to God that their kin were not involved in the operation. Then the shock came– forty-four (44) members of the Special Action Force (SAF)—considered as the elite unit of the Philippine National Police (PNP) against terrorism and internal security threats- were killed in Mamasapano, while sixteen (16) other SAF members sustained severe injuries in their pursuit of high valued international terrorists Zulkifli bin Hir, alias “Marwan”, and Abdul Basit Usman.

The country joined the families of the slain SAF44 as they cried for justice and for the truth to be told.

Soon after, the Philippine National Police Board of Inquiry (PNP-BOI) was created to investigate the January 25 Mamasapano bloodbath. The 8 person board led by chairman, Police Director Benjamin Magalong was tasked primarily to investigate the facts regarding Oplan Exodus and to provide recommendations in order to address such possible lapses and also to identify who were to be held accountable for the botched operation. The BOI presented their findings on March 8, 2015 implicating high ranking government and military officials placing the military career of BOI Chairman Benjamin Magalong and the members of the board at stake.

“I knew that my role in the Board could jeopardize my career. On the other hand, we had to uphold our reputation, our credibility and integrity,” said former SAF44 Board of Inquiry (BOI) chairman now retired Police Director Benjamin Magalong.

Adding, “noong tinanggap ko yung responsibilidad para pangunahan ang BOI (when I accepted the responsibility of heading the BOI), I had set aside my own career and ambition,” as he stood his ground to give an honest to goodness report reflecting what happened to cause the death of the 44 SAF Troopers.

While there were pressures, Magalong recalled how he had to decide to sign that 125-page document together with four others.

“But we stood our ground. Kami ay nanindigan sa panig ng katotohanan base sa nakalap naming mga ebidensiya para bigyan ng hustisya ang pagkamatay ng mga magigiting na pulis at ang kanilang iniwang pamilya (we lived-up to the truth based on what were gathered in the investigation, to give justice to the death of the mighty policemen and the families they left).”

While it was difficult especially thinking of their future as police officers, Magalong said “with my years in the PNP-SAF, I learned service with honor and uncompromising integrity. I had the opportunity to serve as a special kind of warrior in the PNP. I became a public servant that persevered and thrived on adversity,” Magalong described his earlier assignment in the PNP-SAF that contributed to who he is as a policeman, as a person.

“We owed the public, we owed the SAF 44, and we owed their families. We wanted justice to be served. We stepped forward where others would have just declined to tread because we wanted to regain the trust and confidence of the public towards the PNP,” Magalong added.

While already retired from service, Magalong still recalls the day the 44 SAF Troopers gave their lives to neutralize an international terrorist to make the Filipinos safe, the world out of the danger that “Marwan” will perpetrate.

Like all the Filipinos who will remember the bravery of the SAF 44- 14 of them Cordilleran, and with President Duterte having declared January 25 of every year as the “National Day of Remembrance for the SAF 44”, Magalong too stands and salutes the bravery of the SAF44 heroes the ultimate sacrifice they performed for the country and their efforts to ensure that the Filipino may live in peace.