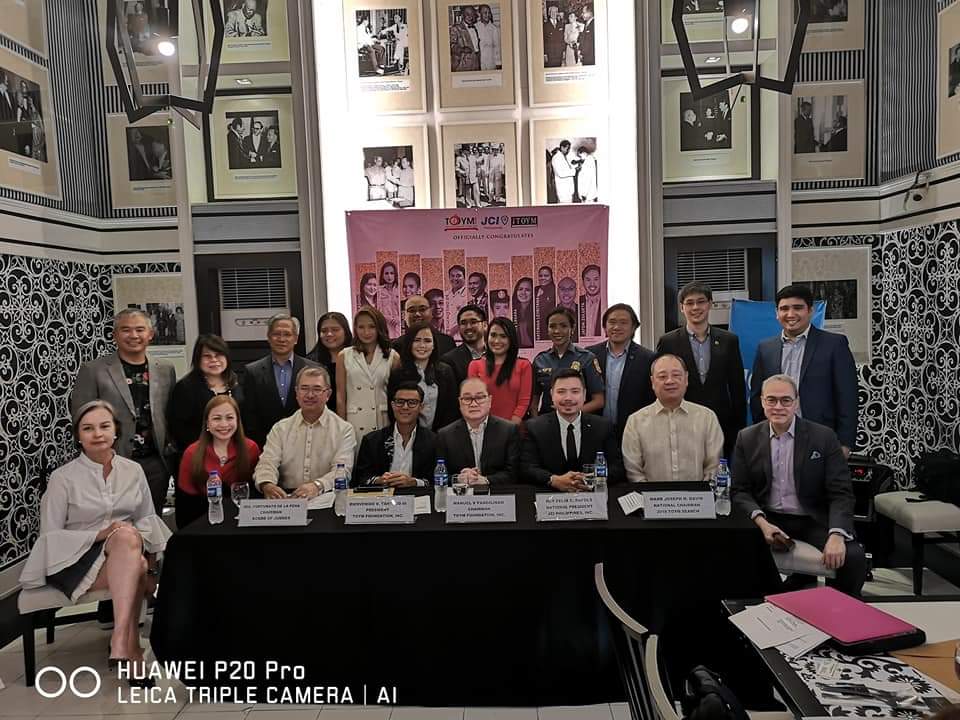 SCIENCE is moving front and center in the country’s march toward progress and modernization, if the winners of the 2018 TOYM or Ten Outstanding Young Men Philippines are any indication. DOST Secretary Fortunato T. de la Peña, chair of the 2018 TOYM Board of Judges, made this observation on the occasion of the announcement of the awardees at Romulo Café in Makati City. He noted that of the 11 total winners, six are in the science fields or have backgrounds in those areas. They are Ms. Cherrie Atilano in Agribusiness, DOF Undersecretary Karl Kendrick Chua in Economic Development, Mr. Rodne Galicia in Environment and Climate Change, Ms Erika Fille Legara in Education Innovation, and Dr Katerina Leyritana and Dr. Mark Anthony Sandoval in the field of Medical Science. Distinguished personalities such as Dr. Nassef Manabilang Adiong for Political and Social Services, Ms Jamela Alindogan for International Journalism, Cauayan City Mayor Bernard Faustino Dy, Police Officer 2 Fatima Lanuza, and Mr. Jaton Zulueta for Community Development complete the 2018 TOYM awardees. “The 2018 awardes have all been carefully selected because of their leadership, motivation, achievements, and service despite their youth,” said Secretary de la Peña. “Yet it is equally important to note majority of them are in fields that are largely science-based, facts-driven, and fueled by research.” He added this is a clear indication of the direction the Philippines is headed as far as driving change and progress is concerned. The Outstanding Young Men and Women of the Philippines was launched in 1959 to honor the country’s men and women under the age of 40 who have made a difference in our society. Its past winners have since become champions and leaders especially in industry and public service. (Alan C. Taule, DOST-STII)