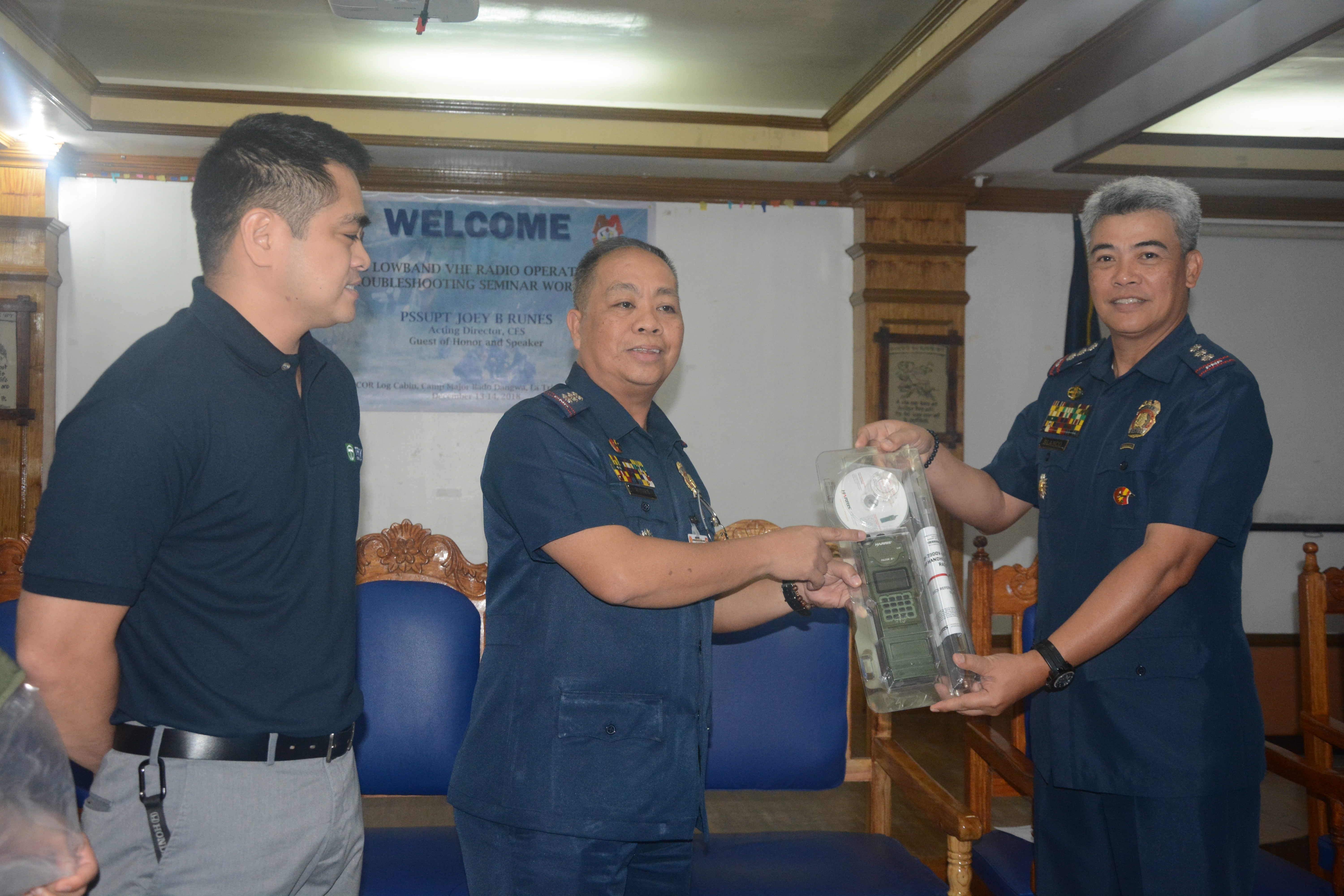 Camp Major Bado Dangwa, La Trinidad, Benguet – To enhance the capability and efficiency of the Police Regional Office Cordillera (PROCOR) with police operations in the Cordillera, 17 pieces of newly acquired Harris VHF Low Band handheld radios worth about PHP 13 million were given to PROCOR this morning December 13, 2018 at Camp Major Bado Dangwa, La Trinidad, Benguet.
Police Sr. Supt Sterling Raymund P Blanco, Deputy Regional Director for Operations (DRDO) and Police Sr. Supt Noel B Vallo, Chief of the Regional Logistic and Resources Development Division (RLRDD) of PROCOR received the said items during the opening ceremony of the 2-day Seminar on Basic operation, maintenance and trouble shooting of Harris VHF Low band Radio initiated by the Communications and Electronics Service (CES), PNP NHQ, headed by Police Sr. SUPT Joey Runes, and Regional Communications Electronics Office-Cordillera (RCEO). The seminar is participated by Chiefs, RCEOs, representatives of Regional Mobile Force Battalion/Provincial Mobile Force Companies, radio technicians and supply officers of PROCOR, PRO1 and PRO2. In  the message of PSSupt Blanco he said that PROCOR is thankful that finally the PNP have come to realize that police operating troops in the mountain ranges must be equipped with high-end radios that are similar in brands to what the military also operating in the area are using for better coordination and monitoring. He also emphasized that the radios will be of great help to the public safety forces of PROCOR.
Blanco also reminded the end users of these radios to learn by heart the basic operations to master how to trouble shoot and the proper maintenance and care of these radios.
PROCOR Regional Director , Police Chief Supt  Rolando Z Nana expressed his great gratitude to the Director of Communications and Electronics and his staff and to the representatives of Triton Communications for acquainting PROCOR on the proper maintenance and basic operations of these Harris VHF Low Band Radios. (RPIO PROCOR)