Values We Must Learn From Andres Bonifacio 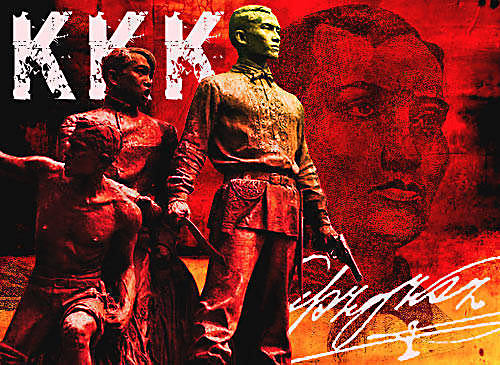 Opening the pages of Philippine history books, Bonifacio’s name would always be mentioned and associated with the formation of the Katipunan, a separatist movement which spearheaded the Philippine Revolution of 1896. But unlike Jose Rizal, whose life and undertakings were fully documented, very few were known on the life of Bonifacio, thanks to the accounts of his fellow Katipuneros and his wife Gregoria de Jesus that we were at least given an impression of how was he as a person and as a politically-inclined individual. This article gives an insight on the values the Filipinos must imitate from a man who never expected to be on the spotlight, but out of love for his country, staged actions that changed the course of Philippine history.

Andres Bonifacio was barely fourteen years old when they were orphaned. Without any hesitation, he assumed the responsibility of raising his younger siblings. In order to meet the daily needs of their family, he engaged in making and peddling of paper fans and wooden canes. Despite the fact that he cannot afford a formal education for himself, it did not prevent him from seeking knowledge by reading during his free time.

This episode in Bonifacio’s life was not uncommon, since there were several Filipino children orphaned at young age. What was uncommon about him was having the optimistic attitude and strong sense of responsibility after the death of their parents. Instead of crying over spilled milk, he rose on his feet and worked hard to raise his younger brothers and sisters. This proved that being responsible cannot be quantified by one’s age; it is a matter of learning how to act, rationalize and decide correctly despite overwhelming burdens and pressures.

Bonifacio had shown high regard for education and despite his meager status he engaged in reading books written in Tagalog and Spanish. Filipinos should realize that event at present, a commendable reading habit is very important in enriching minds and in making oneself productive and competent.

Value for Work and Virtue of Not Wasting Time

While working as clerk for Fleming and Company, Bonifacio also worked as poster-maker to augment his income. In the early phase of 1896, he shifted to another English company known as Fressels Company where he worked as an agent.

If Filipino workers would maintain the dignity of their works just like Bonifacio, both private and public services will definitely be delivered efficiently and effectively. If workers are more time-oriented and hard-working, the development and progress of the Philippines will not be impossible, for time is not wasted merely for standing, gossiping and image-building but more on directing services and fulfillment of duties for the betterment of the society.

Just like any other Indio of his time, Bonifacio felt the social malaise as a result of oppressive Spanish colonial administration. To make fellow Filipinos aware of the real condition of the country, he sold revolutionary leaflets near the University of Santo Tomas. He also joined the La Liga Filipina when it was founded by Jose Rizal on 3 July 1892. Unfortunately, the Liga Filipina died down after the imprisonment of Rizal in Dapitan. Bonifacio founded the Katipunan on 7 July 1892 in an aim to gain independence from Spain. Through the said act, Bonifacio actively responded to the call of the time to make a change.

Patriotism and Love for his native language

When the Kalayaan, the official organ of the Katipunan, essays written by Bonifacio such as “Ang Dapat Mabatid ng mga Tagalog” and “Pag-ibig sa Tinubuang Lupa” were included. Bonifacio encouraged the use of the vernacular in the association and opted to write in Tagalog, to show patriotism and love for his native language.

Though most of his detractors portrayed Bonifacio as arrogant, this can be belied by anecdotes involving him and Emilio Jacinto. Initially, Bonifacio wrote the Decalogue that embodied the teachings of the Katipunan. But soon after, Jacinto came up with his Mga Aral ng Katipunan to which, Bonifacio found to be superior to his own. Thus, he promptly withdrew the Decalogue and ordered the adaptation of Jacinto’s work. Such was the humility of a man. (Chris Antonette Piedad-Pugay/NHCP)